Within the Festival “8vinte&4”, CINANIMA will promote four activities, taking place on the 26th and the 27th July in Espinho.

Thus, CINANIMA’s proposal involves two animation workshops for children aged between 6 and 10, on Satur day at 09:30 and on Sunday at 10:00. These workshops will be held on old facilities of the former Bank BNU and both will be guided by Ricardo Blanco. The entrance is free, however it is necessary to  make a registration through the-mail mostraudiovisual@nascente.org.pt .

In these same premises, there will be a screening of animated short films, on Sunday, the 17th at 15:00. On the same day, the feature film, Chico & Rita,  an open-air screening, next to the Swimming Pool  Solário Atlântico, in Espinho, in collaboration with Instituto Cervantes – Lisbon.

These initiatives are the result of the collaboration between Nascente and the City Hall of Espinho. 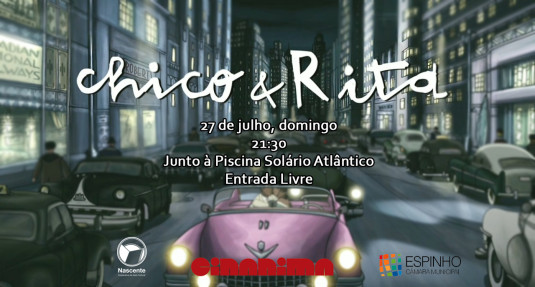