Title: How the use of a specific technique of animation can influence the writing process and the narrative impact of the film

Synopsis: Which technique for which story? Through the vision and analysis of several short animated films, we will discover how the specific language of animation offers special ways of telling stories.

The choice of graphic expression and character design leads to particular narrative constraints and influences the perception of the story.

We will try to identify these specificities because, for any story, there is probably only one way to design an animation to find the right graphic language.

It is only in this way that the film can achieve the purpose of the screenplay.

Whichever the technique he uses (ex. engravings, ink, cartoons or 3D animation), the film and his own script will be influenced by the technical choice, so that they can share the appropriate emotions with the audience. Synopsis: Thierry Steff will make an overview over more than a century of films. He will speak about homosexuals’ films in our  society, with the most outrageous, schematics or  daring representations.

Starting in the 30s with the appearence of the American  Hays Censoring Code,  going through the post-war  years,  the TV years,  and  the  sexual revolution and finishing with the AIDS epidemic and the recognition of gays in TV series… Until  today,  when we  finally  discover real autonomous work.

Synopsis: Children behind bars is an unknown subject to many people and it is controversial in its essence. Trying to understand it better was what led the author to develop the film “Os Prisioneiros”. In this masterclass we will follow the path of the film from the beginning, passing through the development of the idea of ​​the film until its conclusion.

Title: Why go to a Film School Synopsis: This talk intends to provide a first hypothesis to frame the identity of Portuguese Animation, in a critical and grounded manner, and takes as its starting point the observation that, in Portugal, in addition to the author animation short film, there is no other format whose occurrence had been considered repeatedly relevant: neither in games or other interactive media, nor in television or audiovisual.

In order to build a model, objectives, results, strategies and positions, were considered and confronted with political and technological discontinuities, as being equally inducing and indicator elements of change, both for professionals and for entities with participation in the area.

In this context, Portuguese Animation has been understood as main professional activity carried out in a consistent, continuous and regular manner; both as a life option and as a source of income; developed between the 1960s and today; and based on audiovisual documents, interviews and public statements. 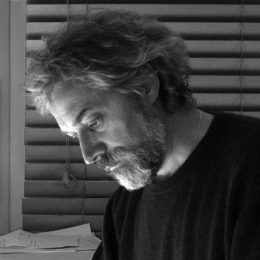 The Netherlands / Director, animator and illustrator

Title: The Creative Side of my Films

Synopsis: Michael Dudok de Wit will talk about the making of the films and also about the creative side Including the screening of some of his short films), in other words, the intuitive process, the questions creative people ask themselves, their challenges and a selection of his conclusions after observing his path so far and the paths of his collaborators.