In the Non Competitive Sessions of the CINANIMA’s 41st edition there are five countries in highlight: Hungary, Austria, Slovenia, Italy and the Netherlands.

There will be projected the Kecskement Animation Film Festivalwinning films, some of the work developed by the Moholy-Nagy University of Art and Design Budaspest and some episodes of “The Life of Martin Luther””. There will be a session displaying the Best Of Austrian Animation 2011/2016 and films of the Academy Of Fine Arts Viena. This section counts with a Session for children and the winners of Animateka Festival.

In the Festival’s Non Competitive section there will be projected Thematic Retrospectives at Rooom António Gaio at  Centro Multimeios de Espinho: “Emerging Talents of the European Animation Cinema”, “Refugees” and “Erotica and Humour”. The “Erotica and Humour” films were selected by Thierry Steff and are going to be projected on Thursday and Friday at 11 p.m. The “Emerging Talents of the European Animation Cinema” Session happens on Thursday at 2 p.m. On Friday at 11 a.m takes place the Thematic Retrospective “Refugees”. 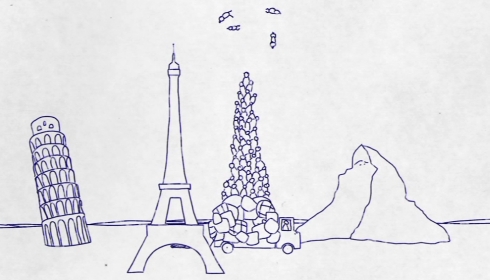